What lies behind the sudden increase in solicitors firms merging?  Is it a need for personal partner security, succession or future proofing, fear of failing or a strategic move to build a successful business? 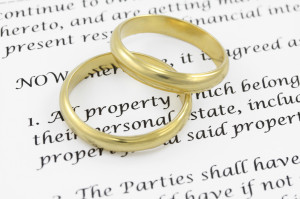 2013 has revealed a weekly supply of dramatic news impacting the legal profession.  Jackson reforms, loss of legal aid, liquidations, economic position and client migration, inability for partners to plan ahead, ABS’s and the increasing impact of the Legal Services Act, succession issues for traditional partnerships, professional indemnity renewal……they have all combined to place the profession in new uncomfortable territory.

One consequence of these issues is the fact that there are now far fewer firms in England & Wales than at any time recorded by the Law Society.

As at September 2013 there were some 10,726 firms to be precise. It still sounds like a big number but as reported in the LSG it’s 400 less than the same month in 2012.  This dramatic fall is due to all of the above factors which have resulted in:

The rather worrying state of affairs has created a rather tense atmosphere within many firms as they find themselves glancing around to find security against the pressures, the security of a merger partner.

It’s the merger activity that is of particular interest because if well thought through and executed it can deliver a very positive outcome to counter the weight of negativity surrounding the profession.  Unfortunately the press releases with smiling partners shaking hands in front of newly branded and dressed offices are unlikely to convince many onlookers of the true drivers of such arrangements.

When partners start to feel the cold and their accountant or bank has that “little word in the ear” they see the one route to securing their future as that long discussed but never acted upon merger opportunity.

The firm nearby that presents less of a threat to personal control than others with domineering partners.  The firm that has the client you’d always courted but failed to land.  The firm who’ve just announced an investment in IT which must mean they’re “switched on” and looking to the future.  The firm that hasn’t joined a national brand in a vain attempt to protect its future flow of work.

It’s not surprising that the above traits are seen as attractive to the partners of a firm keen to link arms with another.  Regardless of whether it’s an arranged marriage or one that all partners consent to willingly, the success of the union will not be founded in any of those considerations but could certainly result in its failure.

As with any successful marriage having things in common helps but is not essential.  Yes you need an attraction, a spark and a personality match that uses the “chemistry” to good rather than toxic effect.  When joined the “personality” of the newly formed business must be a commonly shared persona.  If not the deal can be blown wide open leaving space for detractors, conflicting agendas and negative views of those who were just waiting for the “I told you so” moment.

Leadership is critical and it doesn’t necessarily need to be a single person more often a team who share a vision driven by clearly stated and understood objectives.

The original cupid arrow that created the merged business is typically founded in solid logic and should have all the ingredients for a successful outcome. Unfortunately the complexity and challenge of putting organisations together can dilute and lose the benefit of economies of scale and combined resources.

Critical to the success is a clearly articulated strategy delivered consistently by an effective leadership team. The focus at all times MUST be on the customers, lose sight of that key fact and matters can start to unravel fast.

Rather than being daunted by the scale of the challenge it’s helpful to view the merger plan as a series of projects that each need to be worked on to achieve the overall desired outcome.

Not many employees relish change and mergers present plenty of new challenges and potential threats to personal job security.  Keeping the talent engaged is important as is the need to motivate the business to achieve the new goals.

There are many positives to be borne from mergers but before being charmed by a suitable partner it’s worth looking at theirs and other track records. We can and should certainly learn from the mistakes of others and the legal market is peppered with them.

On the upside mergers can and do deliver, but best look at an equation that gives 1+1 = 3+ not 0.  This is a marriage that needs to deliver offspring that can grow and evolve and take the newly formed business forward.

Here below are a list of projects, an example of the areas a typical merger would need to cover to deliver a positive and co-ordinated outcome.  The list below is but a guide and is not comprehensive.  The projects would of course be determined by the specific features of the merger.

If any of the above issues resonate with you and your business and you would wish to explore your options please feel free to drop me a line in confidence – david.laud@i2isolutions.co.uk