Recently we witnessed the media storm related to an exchange between two “professional” individuals on LinkedIn.  By professional I’m talking about a barrister and a senior solicitor.  No lightweights in the legal world.  An associate tenant barrister working toward a doctorate in Law & Sociology at Cambridge University, supporting her research in the fight against FGM and a strong background of working with vulnerable women in a variety of matters.  The solicitor is the joint chair of International IP Litigation & Head of European Intellectual Property at a global law firm. 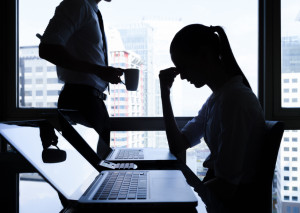 So how could two so well connected individuals find themselves at the centre of a media storm relating to the appropriateness of social media communication?

The context is key here.  The male solicitor requested to connect with the female barrister on LinkedIn, a common enough action and no issue as the request was accepted.  What happened next is where their online relationship rapidly unravelled.

The solicitor immediately took the opportunity to message the barrister via the platform thanking her for accepting the connection request but then continuing to comment on the quality of her profile picture.  Prophetically he went as far as to say “probably horrendously politically correct” and used the word “stunning” and that it would “win the prize for the best LinkedIn picture I have ever seen”.

In receipt of such a message you could respond in any number of ways including:

As you will no doubt be aware or have worked out the barrister took option 4.  It’s actually not terribly surprising given her work and the undoubted shock at receiving this message on a platform such as LinkedIn.

Once posted on twitter the media quickly stepped in, spotting an opportunity to create a heated debate centred on a middle aged lawyer and an inappropriate post on social media.  The act of taking direct action via twitter added fuel to the ire of those defending the solicitor and accusing the barrister of an unnecessary overreaction.  The story appeared over the next few days in print and online in The Guardian, Independent, Daily Mail, Daily Express and reported on BBC radio 4, newsbeat on radio 1 and radio 5 along with many other sources.  In addition there were continual re-tweets and favourites of those for and against the actions of the barrister.

I have no issue with the initial response and in fact I was included in the Independent report with a screen shot of my response on twitter.  The difficulty I have is that the media involvement,  rather than raising a very pertinent issue of how we perceive and value roles  in the workplace and the need to communicate appropriately, simply polarised the argument by using terms such as “Feminazi” and digging up unnecessary archive posts on Facebook.

What happened?  In essence a lawyer made a couple of inappropriate comments in a brief message to a recent contact on LinkedIn.  LinkedIn is not a dating site nor is it a platform for lightweight banter.  It is NOT Facebook or for that matter Twitter.  It is akin to a professional networking environment where those you know and work with connect and exchange information with similar minded individuals.

The context in this conversation was entirely wrong as the lawyer did not have the relationship with the barrister that could in any way explain the comments.  By contrast “Friends” on Facebook can frequently participate in lively highly personal exchanges and yes at times they too can be offensive and require intervention.  Users of Facebook understand that there is a level of familiarity with the social interactions on the site. Whilst companies do have their own Facebook pages most users on the platform use it to keep up to date with friends and family and only work colleagues they are particularly familiar with and trust.

With all social media sites there are unwritten rules of engagement, understood by frequent users of the platforms and on occasion those rules are breached either deliberately to cause offence or unwittingly through naivety or lack of experience. This is why it is so important to be aware of the social media rules of engagement.

Apologies have been submitted by the solicitor and his firm.  I would now hope we can move on having learnt something from the incident and not lower the debate into a fight between so called “men haters” and “misogynists”.

How We Use the Main Social Media Sites

LinkedIn – Professional business to business social networking platform, exchanges akin to formal or informal meetings but all within a workplace context.

Facebook – Personal platform for keeping friends and family up to date with your life.  Socially led with focus on activities outside of work, leisure time not concentrating on work.

Twitter – Can be both work focussed and socially focussed but users tend to have either one type of accounts or another.  Great care should be taken in posting both work related content and activities of a more personal nature as it may cause to undermine the professional efforts.  With careful management it is possible to balance both.  In general terms Twitter is less formal than LinkedIn.