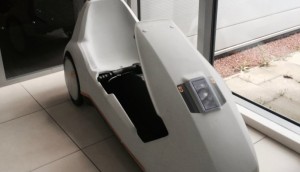 It’s suggested that we live in an increasingly risk averse World.  I would tend to agree, it’s not so much the meek who’ll inherit the earth as the health & safety officer.

In business we’re challenged with key decisions and often significant levels of pressure and responsibility.  Those who’ve survived the past 10 years may have the scars to show for working through tough times but that shouldn’t prevent a positive view on the future and the all important search for new products, services, markets and momentum.

Innovation and creativity are at the heart of a strong enterprising company and now more than ever businesses need those with an entrepreneurial spirit to step forward.

As children we were free of stress and financial concerns and in play with friends or on our own could tap into the amazing resource of our imagination. Where schools were once guilty of sucking such fanciful ideas out of pupils and replacing with strict discipline and routine they are now actively encouraging creativity by integrating games such as Minecraft into mainstream lessons.

Those of us too old to enjoy the new teaching methods should work hard at remembering a time when we were less shackled and open our minds to lateral thought.

Even brainstorming has been hit by the politically correct brigade but don’t let that stop a session where employees can be allowed to participate in idea generation.

Of course not every idea will be a success.  Even the great Clive Sinclair had his less than brilliant moment but the fact is it didn’t stop him inventing, creating and trying to develop new and better products.

Ultimately business ventures themselves will often falter and fail but what we learn from such an experience are valuable lessons that can help avoid the same mistakes in the future.

Without the bravery of putting ourselves out there, by speaking out in a meeting or setting out on our own in business we will have the reassurance of not failing. That safety first approach will also potentially offer the ultimate frustration of not knowing what that entrepreneurial version of ourselves would’ve achieved.

If you’ve an idea burning a hole in your brain, keeping you awake, worried someone may steal before you get a chance to do breathe life into it then take a chance.

Now may be as good a time as ever to back yourself.

The best way to predict the future is to invent it

Don’t be afraid to fail